For this installment of Brief Book Reviews, I’ve chosen my most recent read, Changa’s Safari, written by the prolific and imaginative Milton J. Davis. Without spoiling too much of this rollicking, swashbuckling adventure, I will say that it was an insta-buy once I saw the cover art and read the back cover blurb at JordanCon 2017. With several books in this series and continuing collections of Changa stories, Davis has combined the fast-paced action-packed sea sagas of Sinbad with the well-researched–but clearly alternative history–versions of 15th century Africa, Arabia, and Asia to create a fun, immersive environment for endless storytelling. In these stories, magic and myth walk the world alongside the medieval and mundane, so there is plenty of sword-and-sorcery action to keep any fan of fantasy and/or alternative history happy.

In this first collection, we are presented with three different kibatu (books), which are novelettes or novellas tied together by the common thread of Changa Diop, merchant captain and adventurer, and his crew of bahari (sailors and adventurers). Each book builds on the other, ratcheting up the suspense and tension as the stakes climb ever higher for Changa as he seeks the means to take revenge against the powerful magician who slayed his father and made wives of his mother and sisters. First, we sail with Changa against evil forces who would undo the world with powerful talismans. Then we fight alongside him as he defends the honor of Panya, his female crewmember, whose hand is promised to one of the most powerful of the Swahili. Finally, we are setting sail once again, for China’s distant Middle Kingdom and beyond. 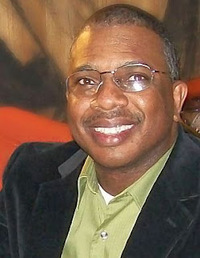 Frankly, everything about this book appeals to me. Milton J. Davis has vividly reconstructed a world where myth and history mix to paint a richer portrait of Africa and Arabia and the Orient than most Western writers ever manage to accomplish. I look forward to reading more of Changa’s safaris in the future, and I recommend them to anyone who likes stories of high adventure.